Daisy Johnson was born to a unique convergence of chance and genetics. Her father was a biochemist named Dr. Calvin Zabo, who was obsessed with Robert Louis Stevenson's Doctor Jekyll and Mister Hyde. Zabo wanted to create the formula theorized in the novel and expose himself to it. He spent decades working on the formula and repeatedly experimented on himself with different concoctions, each of which failed to reach the proper results. Daisy's mother was Jennifer Kim Johnson, a prostitute who had a long-standing business relationship with Zabo. Jennifer became pregnant by Zabo during one of their trysts.

Zabo was apparently aware of Daisy, and even held her once as a baby, but neither parent chose to keep the child and Daisy was put up for adoption. She was taken in at seven months old by the Sutter family and rechristened Cory Sutter. Cory grew up oblivious to her family history and believed the Sutters were her biological parents. Her biology was far more complicated than she knew. Her mother was unknowingly descendent from Inhumans who left the Great Refuge in generations past. These Inhuman genes interacted with the toxic sludge Zabo had made of his genetic structure, causing an effect similar to spontaneous Terrigenesis when Cory came of age, giving her seismic abilities.

At age 17, Cory Sutter was becoming restless in life. She had a high IQ and was considering art school, but also had a chip on her shoulder that might have eventually gotten her into trouble. She was picked up for shoplifting some CDs and was visited by Nick Fury. Cory was listed in Fury's "Caterpillar Files," a ranking of potential assets and superhumans the Director of S.H.I.E.L.D. had 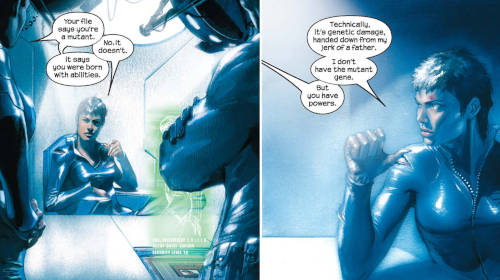 privately collected over the years to keep watch for. When she was being arrested, the stress Cory experienced caused her to trigger a small earthquake, alerting Fury that his Caterpillar was emerging from her cocoon. Nick Fury approached her and told Cory her real name and the circumstances of her birth. He offered her a position at S.H.I.E.L.D., training her to be one of his special agents.

Daisy Johnson reclaimed her birth name and accepted Fury's offer. She entered into the S.H.I.E.L.D. training academy and quickly excelled at spy work, developing her talents in espionage, covert strategy and unarmed combat. Nick Fury soon came to see Daisy not only as a recruit but as a protege. Daisy and Nick developed a strong bond, and she accepted him as a mentor and extended her personal loyalty to Nick, not just to S.H.I.E.L.D. She became his secret weapon and was provided a Level 10 security clearance shared by few agents other than the director himself.

S.H.I.E.L.D. had a major breakthrough in an investigation dubbed Project: Circuit. The agency's accountants and investigators had discovered it just wasn't financially practical for so many tech-based super-villains to be in operation. Often times, their battle suits and exotic weaponry would cost over a million dollars, yet they were knocking over banks for just a few thousand in cash. Focus was put on the Tinkerer, a known underworld technical expert who often repaired or even supplied the tech villains with their equipment in exchange for a cut of their crimes. However, it was uncovered that the Tinkerer himself had a foreign backer supporting him in supporting the super-villains. Lucia von Bardas (Prime Minister of Latveria since the fall of Doctor Doom) was that backer. Under these conditions, Nick Fury saw good cause to reclassify the tech villains' assaults on America and its financial infrastructure as not crime, but terrorism. 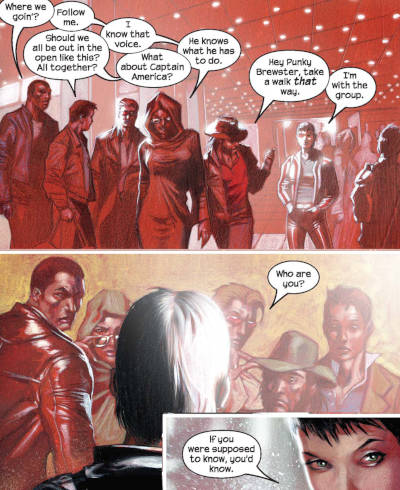 When Fury presented his findings to the President, however, he was told to sit on it. The United States had put considerable support behind von Bardas as an alternative to Doom, and it would have been politically embarrassing to expose her plot against the country. Diplomatic channels would be followed instead. Nick refused to accept this and decided to act without authorization to bring down von Bardas and her government. He privately recruited a number of super-heroes, including Captain America, Black Widow, Spider-Man, Wolverine, Daredevil and Luke Cage, to covertly infiltrate Latveria on his behalf. Daisy Johnson was added to the group as well, due to her powers and loyalty to Fury.

After covertly entering Latveria, the team was briefed by Fury about what he expected for this "secret war." The team delivered their message as Fury wanted, confronting von Bardas directly in her castle and destroying her tech-augmented army. Daisy was then ordered to bring down the entire castle, a direct assassination strike on the prime minister of a foreign government. Many of the heroes were unaware of Nick's intent and objected afterwards, so Fury had their memories wiped of the mission. Only Fury, Daisy and Black Widow retained knowledge of these events.

One year later, Lucia von Bardas resurfaced, having survived only due to cybernetic surgery and ready for revenge. She began targeting Fury's secret warriors, drawing out Nick and the others to 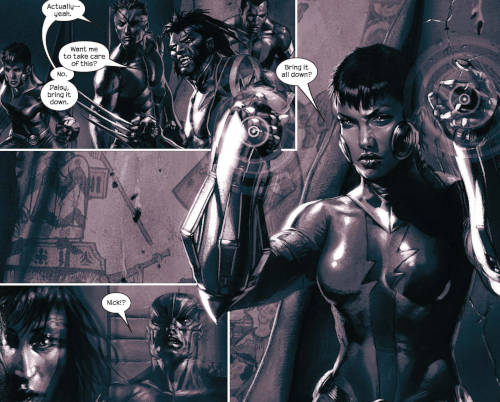 face an army of super-villains equipped by the Tinkerer. Daisy Johnson was held in reserve by Fury, awaiting the moment when von Bardas revealed herself and showed all her cards. Lucia had rigged the tech-villains' equipment to come together into a massive bomb assembling around her own armored form. Daisy targeted Lucia von Bardas's internal power supply with a micro-quake, blowing it apart and ending her threat.

The fallout of Fury's actions was considerable. He had attacked a foreign power and overthrown a duly-elected government. Wolverine was also furious at having his memories altered by Fury, and he tried to kill Nick. Daisy took Wolverine down with a gesture by setting off a micro-quake in his chest, exploding his heart. On the scene of the battle, Nick Fury was revealed as a Life Model Decoy after Logan's attack, choosing to go underground rather than face accountability. His 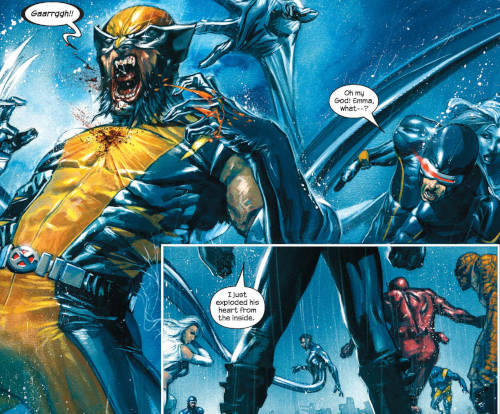 replacement was Acting Director Maria Hill, who tried to turn her frustrations on Agent Daisy Johnson. Daisy's loyalty to Nick Fury was unshakable, however, and it caused Hill no small amount of grief that Daisy had Level 10 security clearance. Even as Director of S.H.I.E.L.D., Maria found she only had Level 9 clearance. Unable to take any direct action against Johnson, Director Hill instead removed her from active duty. The new S.H.I.E.L.D. had no place for Nick Fury's loyalists. [Secret War #2-5]