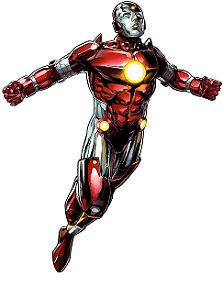 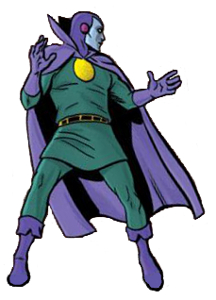 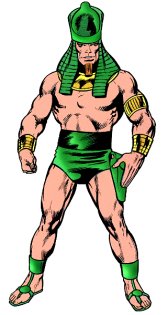 1) Nathaniel Richards stole his older self's neuro-kinetic armor, using it to craft his heroic identity as Iron Lad. The armor's appearance responded to his thoughts, reshaping into a stylized version of Iron Man's suit. Iron Lad remained distinctive from Iron Man due to his atypically expressive faceplate and red-and-silver color scheme, a deviation from Iron Man's traditional red-and-gold only briefly used in the past by Stark. [Young Avengers (1st series) #1]

2) At some point in his life cycle, Nathaniel briefly assumed the identity of Kid Immortus. His costume was largely borrowed from his own future counterpart, Immortus, but with a mask and cowl more closely tied to Kang the Conqueror. [FF (2nd series) #8]

3) As the Pharoah Rama-Tut, Lords of the Seven Suns, Nathaniel Richards adopted a garb fitting for the Egyptian sun. He wore a basic set of green trunks and green sandals with straps. Gold bands around his wrists, forearm, and neck served as a symbol of his high social status. Finally, he wore a high green headdress to protect his neck from the sun. [Fantastic Four (1st series) #19] 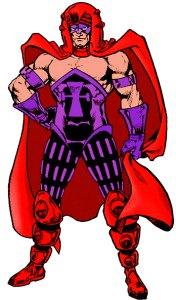 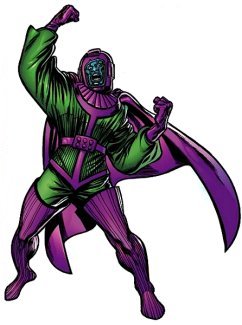 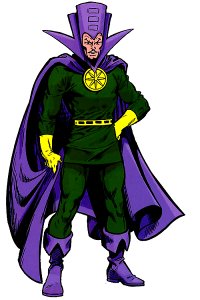 4) The Scarlet Centurion's appearance visibly reflected its status as Nathaniel's transitional identity between Rama-Tut and Kang. The futuristic purple armor he wore on most of his body was counter-balanced by an elaborate red cape and headdress favored by an emperor or pharoah. [Avengers Annual #2]

5) The bio-helmet and neuro-kinetic armor of Kang were stylized to befit a conqueror. He wore a green tunic and robes fastened by purple straps tightened around his chest and waist. A purple neckpiece also occasionally held a purple cape flowing past his shoulders. He wore purple gloves and thigh-high boots as well. His helmet was a purple headpiece completely enclosing him, with a malleable blue faceplate that allowed his expression to be seen. [Avengers (1st series) #8]

6) Immortus is reportedly the final incarnation of Kang, taking on a more studious demeanor than the conqueror. He wears a green-skirted body suit with purple buccaneer boots, yellow gloves, and a yellow belt. A golden star medallion is worn on his chest to hold his purple cape. Immortus maintains a regal and elaborate purple headpiece in conjunction with his cape's popped purple opera collar. [Avengers (1st series) #10] 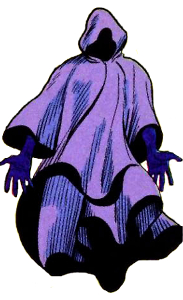 7) Immortus briefly assumed the role of the Whisperer in order to hide his true nature from the Time Keepers, the Watchers, and others observing his behavior. The Whisperer was little more than a massive purple robe, obscuring his face and his body beyond identification. [What If? (2nd series) #35]