The Air Signs of the Zodiac include: Aquarius, Gemini, and Libra.

Within the various incarnations of the Zodiac in Marvel Comics, the members have a particular connection to or are a living embodiment of the sign they have been named for.  Human members, like those of the original Zodiac Cartel, are generally born under that zodiacal sign.  The LMD creations were given appearances, personality matrixes, and power sets based on their sign, its symbol, and the typical noted characteristics of those born under the sign.  Those who had actual super powers or were technologically enhanced had abilities inspired by their sign as well. 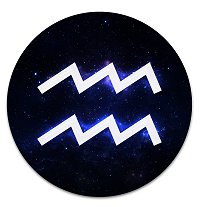 Powers: demonic pact enables him to transform into different aspects of the Zodiac, becoming a Leo with claws, Aries with horns on his mask for ramming, Sagittarius with archery equipment, Pisces with amphibious suit, Scorpio with a copy of the Zodiac Key, Virgo to become a woman, Cancer with vice-like pincer gloves, Taurus with a personalized motorcycle, Capricorn with extendible horns on his mask, etc.

Powers: armor generates electrical energy to overload circuitry on contact, hose-fed backpack and handgun can project electricity or pressurized water over a distance

Powers: cosmic armor allows him to transform physically into water, changing shape, harmlessly displacing physical impact and expanding his volume of water to fill an area and drown his opponents

Powers: hydrokinetic projectors in her palms 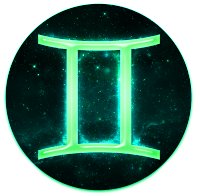 Powers: psychic link allows Joshua to sense and possess the body of Damian from a distance, amplify his physical power in either body to double his strength, speed, agility, endurance, reflexes, and durability

Powers: transmutating power allows him to alter materials made of metal, plastic and glass, levitating them in place or reforming their shape and construction to create any structure or device he can imagine, mind-tap ability capable of drawing upon the minds of others to use their knowledge as a blueprint for his power

Notes: When Madison first appeared as Gemini, there were two of him: a "Gemini of Flesh" and a "Gemini of Metal". No explanation was given, and only a single Gemini was present in his second (and last) appearance with Zodiac.

Powers: cosmic armor creates a second "shadow" self that amplifies his overall strength and power levels

Powers: time loop technology allows them to double back on their own timeline every 24 hours beginning at midnight, gaining foresight of all possible events and outcomes for the next day 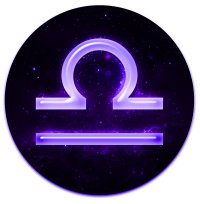 Powers: training with the Priests of Pama gives him a "second sight," intuitive sense of balance between various forces and outcomes, and the instinctual knowledge of how to influence that balance

Powers: carries an energetic sword and a staff representing the scales of justice, really obsessed with balance

Powers: able to harmlessly absorb attacks and return them at her opponents, carries a knife and a staff representing the scales of justice