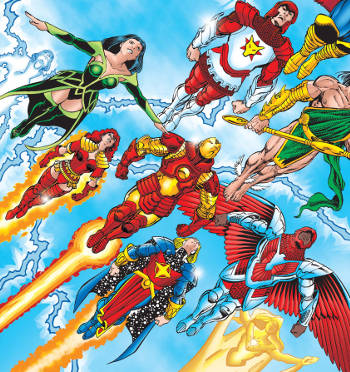 Quasar was transformed into “Star Knight” when the Avengers' long-time foe, Morgan le Fay used the Asgardian Twilight Sword and the power of the Scarlet Witch to transform the entire world into a medieval society. Star Knight was part of the Queen's Vengeance, a large contingent of Avengers transformed and ensorcelled to serve as LeFay's personal guard. Morgan's machinations were thwarted when some Avengers remembered that this was not how the world was supposed to be. Eventually, the Scarlet Witch used her teammates‘ united energies to disrupt Morgan’s spell and reality was restored. 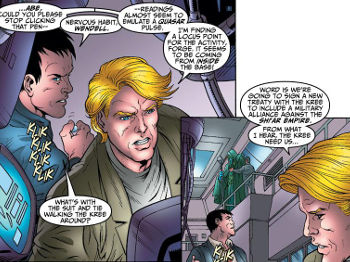 In the altered reality where mutants ruled, Wendell Vaughn served the House of M as part of a think tank of the world’s greatest minds. With no Quantum Bands in this reality, Wendell was a human scientist, working with fellow geniuses such as Forge, Abe Jenkins and the Mad Thinker. 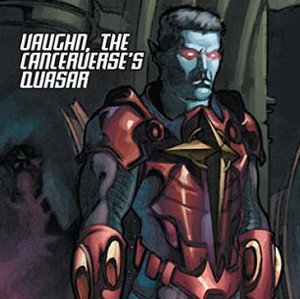 The Quasar of the Cancerverse devoutly served the Many-Angled Ones. Posing as the 616 universe Quasar, he infiltrated that universe’s Project PEGASUS in order to ascertain the location where a dark ritual needed to be conducted to kill Death’s avatar. When the Cancerverse’s forces invaded soon after, he rejoined his masters at the frontline and worked to enact the Necropsy. He returned with his master, Marv-Vell, to the Cancerverse to kill Thanos, but was actually killed by Death herself. 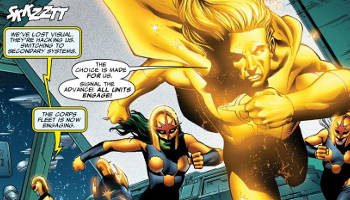 In a distant alternate future depicted in Nova (4th series) Annual #1, Quasar had retained his quantum energy form for over forty years. With it, he helped Richard Rider rebuilt the Nova Corps and played a key part it directing it in their primary mission to eradicate the Phalanx. After four decades of effort, the Nova Corps drove the Phalanx back to their final foothold: Earth. Quasar had to battle against his former friends and allies, who were under the alien’s control. 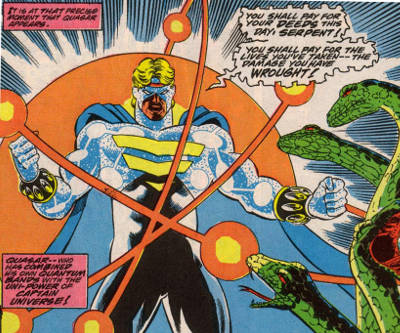 In What If? (2nd series) #25, it is shown what would have happened if the united heroes had failed during Atlantis Attacks. When Quasar attacked Set in his dimension, he was left for dead while his allies were killed, allowing Set to enter the Earth. Claiming Doctor Strange’s Eye of Agamotto, Quasar combined his Quantum energies with the Uni-power of Captain Universe opened the Eye of Agamotto and trapped both himself and Set within the artifact for eternity.

In Earth Z, Quasar fell prey to a zombie infection. Together with a cabal of infected heroes, he consumed all life on Earth, using his Quantum Bands to help restrain prey. He earned himself the particular animosity of zombie Wolverine, by drowning and eating Kitty Pryde. Eventually, a small group of rival zombie and human heroes killed Quasar and all of his zombie allies. 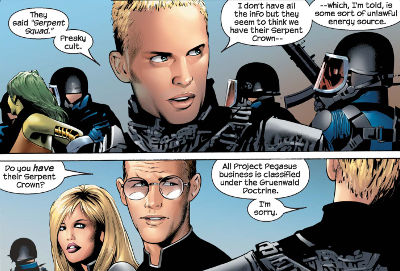 In the Ultimate Universe, Wendell Vaughn was a ranking agent of S.H.I.E.L.D. He acted as Director Project Pegasus, a top-secret S.H.I.E.L.D. facility that housed various powerful artifacts of unknown origin. He defended the facility against the Serpent Society and later called in aid when an artefact, the Watcher, activated. When Reed Richards went rogue and attacked the facility, sending a mid-controlled Captain Marvel through it, Wendell was the only survivor. When a group of heroes came to the facility to search of Richards, he provided the Project’s resources to aid them.