There are several definitions of "Nexus Beings" in the Marvel Universe, and the “lore” surrounding Lore doesn't match with any existing concept. Several other heroes, such as Earth's-616's Havok and alternate versions of Jean Grey, the Vision and Franklin Richards, have also all been stated to be Nexus Beings at different points, with none of them possessing “mystical” powers and most of them also not even being female. Havok was an embodiment of the Nexus of All Realities at one point, which is a similar but distinct concept [Exiles (1st series) #26], but the others listed above were specifically the same sort of Nexus Beings for their realities that Immortus identified Wanda as. [Avengers West Coast #61-62, What If..? (2nd series) #35-39] 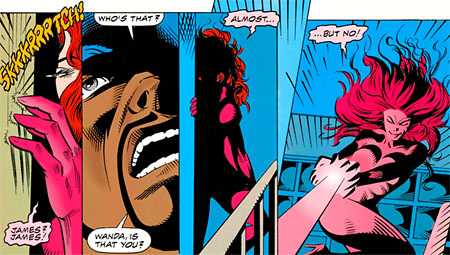 Possibly Lore is only able to possess different Nexus Beings that are alternate versions of her, a "subset" of all Nexii. With this logic, Lore is an alternate reality version of the Scarlet Witch. This would make sense, given the Scarlet Witch commented on their physical resemblance. Additionally, when her teammate War Machine at one point even mistook Lore for the Scarlet Witch, Lore replied “almost.” Later, however, Lore claimed she was only a mirror image of Wanda, causing some doubt on just how connected the two women are. 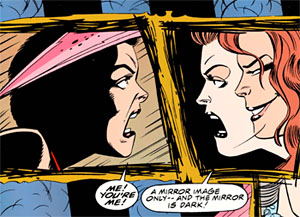 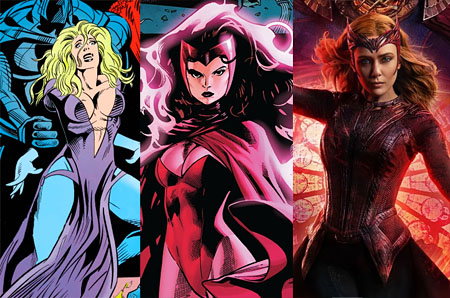 nterestingly, the story of Lore is remarkably similar to the 2022 movie, Dr. Strange and the Multiverse of Madness, which features a “corrupted” version of the Scarlet Witch who threatened the stability of the multiverse by dreamwalking and possessing her counterparts.