Ai Apaec, also known as the Decapitator, was a deity of the Mochica people of northern Peru. A monstrous chimera of man and spider, with snakes for hair, Ai Apaec was a cruel god with a powerful bloodlust.

Eventually, Ai Apaec’s murderous activities drew the attentions of the US Government and he found himself incarcerated in the Special Containment Center; a black books private prison hidden beneath the sea for the worst of the worst. The Decapitator was crammed into a cell that barely fit him, sharing a block with the worst criminals, demons and aliens known to man. While a powerful deity, he wasn’t without his weaknesses. Strong bright light in particular hurt his eyes, something the prison guards put to good use, torturing the god. [Osborn #1]

However, eventually Ai Apaec had his revenge on the guard that tortured him when, during a riot, he got too close to his cell. The god demanded he release him, but cellmate Toxie Doxie 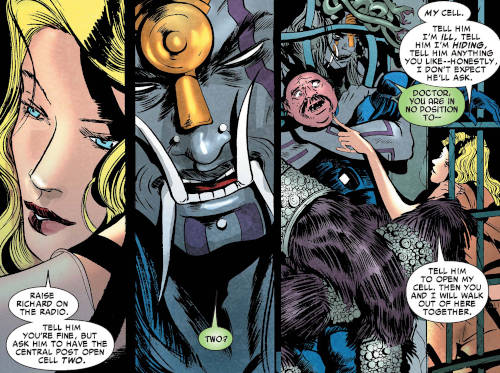 convinced him to release her instead, resulting in Ai Apaec biting his head off. Soon after, Ai Apaec and the rest of his cellmates were freed by Norman Osborn, the newest resident of the Special Containment Center, whose loyal servants had come to free him. [Osborn #2]

While a riot broke out in the prison, Ai Apaec and his cellmates followed Osborn’s lead, quickly falling into the role of henchmen for the man. The group found a submarine and were able to escape the underwater prison, with one of Osborn’s minions blowing it up behind them. Unfortunately, the blast damaged the sub but, fortunately for him, Ai Apaec possessed an ability in

common with some water spiders and spun a web around the sub to capture the air, nearly drowning himself in the process. Now free, the spider-god returned to the South American jungles. [Osborn #3-4]

Eventually, Ai Apaec was drawn from the comforts of the South American jungle and into the concrete jungle of New York. The Queen (a powerful superhuman) and the Jackal (a devious geneticist) had concocted a plot to infect all of New York with spider powers and eventually transform them into spider slaves. Ai Apaec approved of this plan and offered to help spread her plague. In return, the Queen rewarded the spider-god with the gift of the Bride of Nine Spiders. One of the Immortal Weapons, the supernatural protectors of K’un L’un, the Bride was under the Queen’s thrall and now served Ai Apaec, retrieving him food.

However, the Bride rebelled subconsciously and called out to her allies in their dreams, whilst capturing them one by one as food for Ai Apaec. Her mental cries for help drew the attention of Shang Chi, master of Kung Fu, who tracked her to an abandoned mansion and helped free Iron 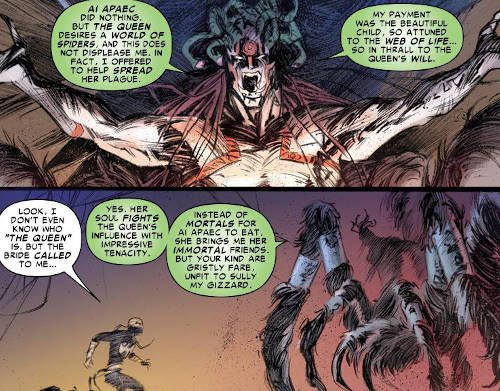 Fist and the other Immortal Weapons who had been captured. The group fought the spider-god, though the powerful deity defeated each of them. Ultimately it fell to the powerless Shang Chi to face down Ai Apaec, who set the mansion on fire and brought it down on top of the giant spider chimera. [Spider-Island: Deadly Hands of Kung Fu #1-3]

Ai Apaec survived being buried alive and returned to the jungles of Brazil. However, he wasn’t along for long before he was sought out by Norman Osborn. Osborn had been busy during his brief period of freedom and had consolidated power between HAMMER, HYDRA and the Hand. 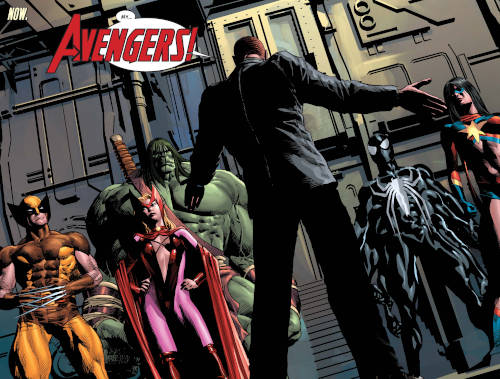 He planned to discredit the Avengers with his own “dark” Avengers and wanted Ai Apaec on his team. However, a giant, horrifying, spider-centaur did not portray the best public image, so Osborn feed the god a substance that painfully transformed him into a more humanoid form, albeit with six arms. In this new form, Ai Apaec became Osborn’s Spider-Man. [New Avengers (2nd series) #18]

As Spider-Man, Ai Apaec served alongside several other criminals and allies of Osborn in his Avengers. Together, they executed Osborn’s mission to garner public support and tarnish the Avenger’s reputation. After beating the Avengers to a mission, the two groups fought and Ai Apaec came face to face with the man whose identity he had appropriated. While the spider-god himself did not fare well in the fight, his teammates’ effort went well overall and the mission to publicly shame the Avengers was a success. 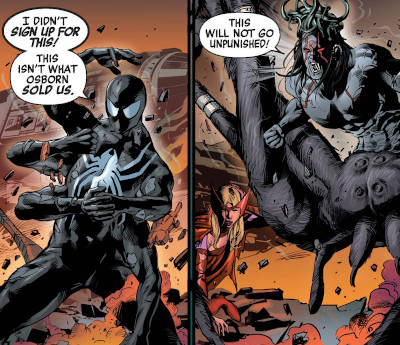 Back at their base, the “dark” Avengers were betrayed by their teammate Skaar, who revealed he was Captain America’s mole on the team. An enraged Ai Apaec believed this wasn’t what he signed up for and reversed the transformation Osborn had made him undertake, reverting to his monstrous form. The real avengers joined the fight soon after and Ai Apaec found himself being quickly subdued by Spider-Man and Captain America. He, and all his fellow Avengers imposter, were promptly sent to prison. [New Avengers (2nd series) #18-23]

However, Ai Apaec was not in prison for long. F.A.C.T. the government department that oversaw the Thunderbolts program decided that the spider-god and his comrades would be prime candidates for the program. The current Thunderbolts were missing in action, lost in the timestream, and F.A.C.T. selected the team to take their place. Officially dubbed as the Dark Avengers by F.A.C.T., Ai Apaec was reverted back to his humanoid form and assigned to complete a black ops mission with his teammates under the leadership of Luke Cage.

While the official mission (as Cage understood it) was to infiltrate the North African Nation of Sharzhard on a rescue mission, the true mission assigned by their corrupt handlers in F.A.C.T., was to steal the nation’s alien energy source. Ai Apaec was particularly offended by his teammate Ragnarok, a cybernetic clone of Thor, whom Apaec considered an abomination. The Dark Avengers abandoned their leader soon after arriving in Sharzhard to complete their mission, battling the extremely powerful leader of the nation, Sultan Magus, in the process.

Unfortunately for the Dark Avengers, their mission nearly destroyed the world. The mutant they 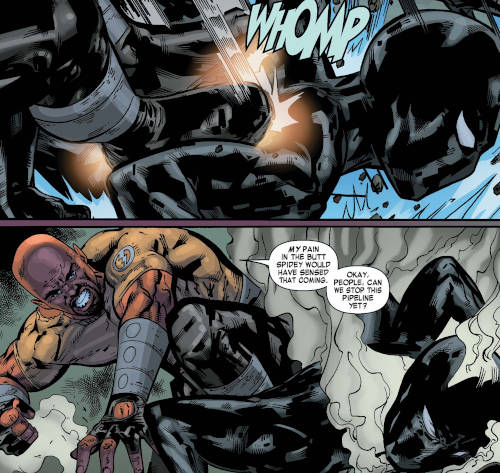 used to transfer Sharzhard’s power to the United States lost control of the power, which flared uncontrollably. Fortunately, the previous Thunderbolts returned from a post-apocalyptic future in time to prevent an explosion that would devastate the Earth. Each of the Dark Avengers was taken down by Thunderbolts, with Ai Apaec being stomped unconscious by Luke Cage. [Dark Avengers (2nd series) #175-183]

The Dark Avengers were rounded up onto a quinjet by the Thunderbolts with the intention of returning them to prison. However, Apaec’s teammate Toxie Doxie used her abilities to cause the quinjet they were on to crash. The Thunderbolt Man-Thing reacted on instinct and used its

teleportation abilities to prevent the crush. Unfortunately, the ship was shunted to what appeared to be an alternate dimension, where the city’s former heroes had divided Manhattan up into various warring territories.

Ai Apaec and his teammates became the prisoners of Tony Stark, who put them in the hands of his chief scientist Hank Pym to transform them into iron soldiers. Pym used his Pym particles to shrink Ai Apeac down to the size of an actual spider, an indignity the spider-god despised. Although Toxie Doxie was able to use her abilities to control Pym to free her teammates, she was unable to get Pym to revert him to normal size before `they had to flee, much to Ai Apaec’s disgust.

Although tiny, the chimera god’s diminutive size actually came in handy when the team was attacked by Spider-Man’s crew. Ai Apaec bit Hawkeye and, like a literal spider, his venom was enough to take the man down. He was also able to use his spider connection to communicate with the mutated animalistic Spider-Man to convince him to help his team pass safely through his zone.

As it turned out, this was not a true alternate universe but a bubble universe created by A.I.M. as an experiment. The Dark Avengers’ presence destabilized the experiment to the point that it eventually collapsed, almost taking the team with it. Fortunately, the team managed to infiltrate the 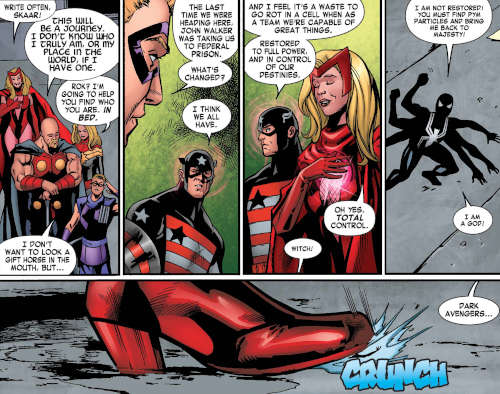 A.I.M. facility and escape the experiment before they were killed. Now back in the real world, the team realized they were free at last. Unfortunately for Ai Apaec, though, he we was still shrunk. When the tiny deity demanded his teammates find a way to restore him, Toxie Doxie squished him under her shoe. [Dark Avengers 91st series) #184-190]