A FIRESTAR IS BORN

Firestar is a relatively unique character in the Marvel Universe, as she was originally created for a television show instead of the comics. In 1981, Marvel and NBC released the cartoon adventures of "Spider-Man and His Amazing Friends" starring the web-slinger with Iceman and Firestar. 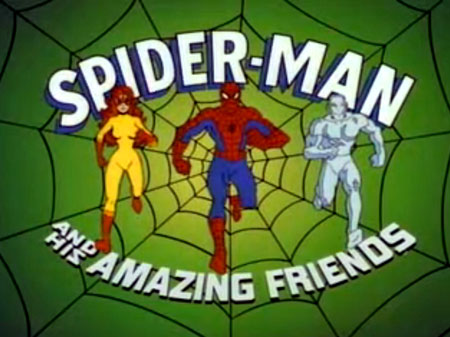 Rumor has it that the show was originally meant to star Iceman and the Human Torch, Spidey's classic fiery "team-up" partner. This doesn't appear to be true, however. Early production artwork starring "Firestar" (then referred to as Heatwave) has turned up, indicating she was part of the development process very early on. Furthermore, NBC likely knew the Human Torch was unavailable from the start. Just three years earlier, NBC aired a Fantastic Four cartoon where the Human Torch was replaced by the robot HERBIE. (Supposedly, this was because the Human Torch had been separately licensed to another production company for the development of a TV series that never emerged. Similar to the current movie deals with Sony (Spider-Man) and FOX (X-Men), this meant Marvel could not create a separate media project starring the Torch). Whatever the reason, NBC would have known early on that the Torch was unavailable, further indicating that Firestar was not a "replacement" for him.

In any case, Angelica Jones was introduced as one of the Spider-Friends. She and Bobby Drake lived with Peter Parker at Aunt May's house as college boarders, along with Angelica's dog, Ms. Lion. As Angelica, 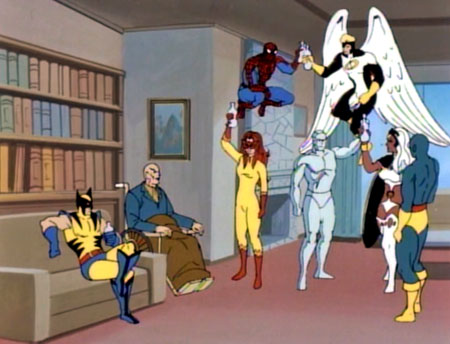 Firestar bore a stunning resemblance to John Romita's original design for Mary Jane Watson. The origins of the Spider-Friends were developed over the next three seasons, and Iceman and Firestar were both eventually identified as former members of the X-Men, who struck out on their own after reaching college age. Firestar was one of the first recruits for the team (incidentally replacing the X-Men's own redhead Jean Grey in this continuity), and she and Iceman left the team before the second wave members such as Storm and Wolverine joined. Elements of Angelica's origin episode were partially adapted into the Firestar limited series when she was introduced in the comics. 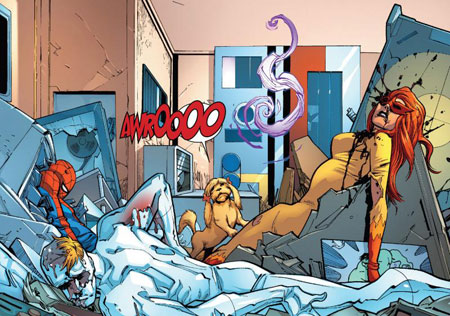