A cyborg assassin obsessed with the artistry of his kills, Carl Burbank made a killing accepting contracts on low-level mutants. Freelancing for the Marauders and the Assassins Guild, he also joined the Hood's syndicate to accost the Avengers. Today's Spotlight shines on the violently unstable... BUSHWACKER!

IMPERIOUS REX! The oldest mutant ever published by Marvel Comics, before the phrase "mutant" was coined, before "Marvel Comics" even existed. Namor has touched every corner of the Marvel Universe and royally pissed them all off, as is the king's prerogative. With many allies, but few friends, Namor is still respected by all. Read about the Lord of the Seven Seas... SUB-MARINER!

An apparent evil doppelganger of the Scarlet Witch, this necromancer used her status as a nexus being to corrupt and feast on vulnerable worlds across the multiverse until she met her destruction while facing the might of the Scarlet Witch and the West Coast Avengers. Read here about… LORE!

Jennifer Walters, Attorney-At-Law, is a lawyer who will genuinely fight for YOU! A gamma-irradiated blood transfusion gave her the power to defend her clients from giant monsters and breach of contract claims! Today's Spotlight falls on the Avengers' favorite Green Glamazon, the savage, the sensational... SHE-HULK!

Bushwacker's origin is an odd example of a mutant plotline continuing in non-X-Titles. After the Mutant Massacre, Bushwacker was reportedly hired by the Marauders to continue assassinating mutants on their behalf. An assassin who was really a serial killer who saw himself as an artist, Bushwacker targeted low-level mutants whose abilities helped them become incredible writers, artists, ballerinas, and so on. He was confronted by Daredevil and Wolverine, and would go on to threaten the Punisher. During the Initiative, Bushwacker became a member of the Hood's growing criminal syndicate, and he also fought X-Force after joining Belladonna and the Assassins Guild. Privately, Bushwacker was a sea of self-doubt and conflicting impulses, a failed priest, failed CIA agent, and failed husband. He once even claimed to be a mutant despite the obvious cybernetic elements of his gun arms, a sign of how deep his envy and psychosis really went. 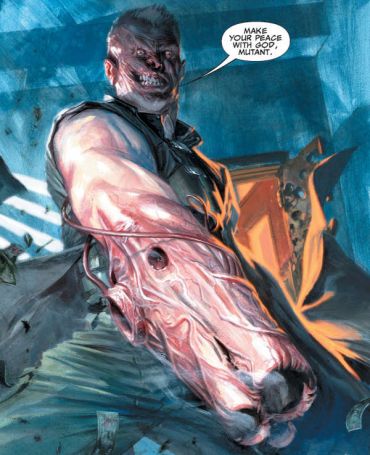 WAKANDA FOREVER...unless...? Today's Spotlight Update for UncannyXmen.net and MightyAvengers.net covers Namor the Sub-Mariner. The Avenging Son reaches theatres this week, recreating the feud between Atlantis and Wakanda which became popular between AvX and Secret Wars. This Update picks up shortly after those events, covering a period where Namor became increasingly defiant to the surface world. He has, thus far, rejected his mutant heritage and overtures to join Krakoa and the Quiet Council. However, after being humiliated before his people by the honor shown by She-Hulk in saving Atlantis, the Sub-Mariner has given up claim on his throne and re-joined the Avengers to make amends. Even his oldest allies like Captain America are hesitant to trust Namor at this point, though, and he has a long way to go before reclaiming his reputation. 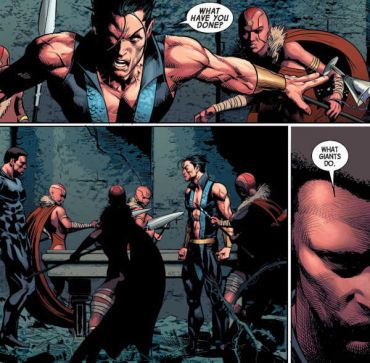 This apparent evil version of the Scarlet Witch tormented the “multiverse” by inducing “madness” in her other variants before possessing their bodies for her own selfish whims.... Sound familiar? Read her about the “inspirational” story of this obscure 90s villainess Lore. 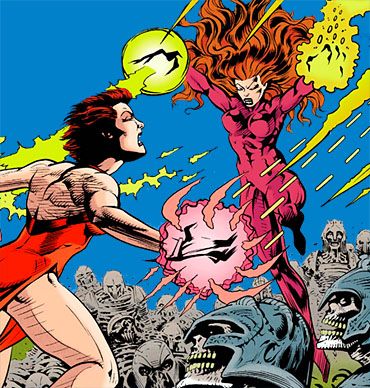 This gamma powered lawyer has become quite popular with the mainstream audience over the past few weeks on Disney+ and we couldn't help but serve up a second case of She-Hulk history. So we would ask the court to admit into evidence the exhibit of She-Hulk's publication history. She-Hulk has had many venerated writers but not everyone had the same vision for the character. From her humble spin-off origins, to being better established under the writing and art of John Byrne, to the source rich material mined for television under Dan Slott, and finally to the current Rainbow Rowell with her careful attention to all previous continuity and flair for romance. She-Hulk most recently became the lawyer for the entire nation of Krakoa. Read how this intelligent, funny, and lovely lady worked her way into lawyer superstardom through years of hard work. We present the publication history of...the Sensational She-Hulk! 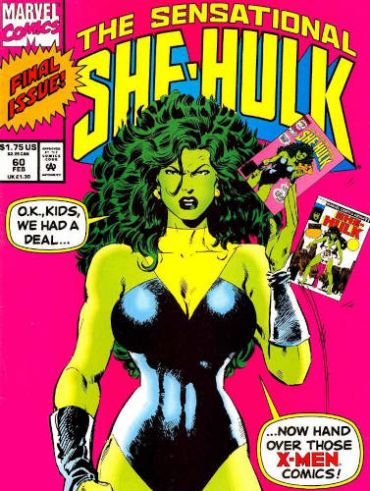 Breaking the fourth wall long before Deadpool, She-Hulk is coming to Disney+ this month with her own Marvel series. After receiving a blood transfusion from her famous cousin, Bruce Banner, Jennifer Walters found herself able to transform into the gamma-irradiated She-Hulk. More...social than the Hulk, She-Hulk has put in serious time as a member of both the Avengers and the Fantastic Four. She has worked as an attorney for both the prosecution and the defense, running her own practice or working for the DA's office. Jen recently went through an extended membership with the Avengers where her size and power were dramatically augmented by one of the Celestials, turning her into one of the strongest Hulks yet. 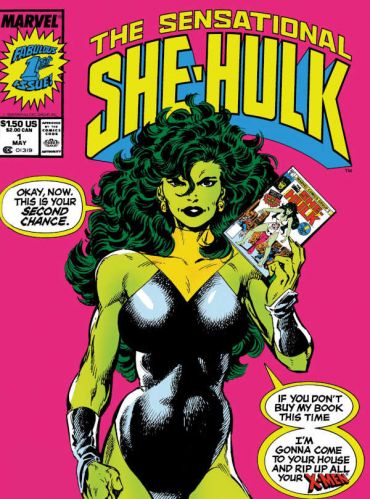 DC versus Marvel / Marvel versus DC

Two entities, effectively “brothers” who personify the Marvel and DC universe, become aware of each other. They immediately enter into open combat, forcing some of the 90s most popular characters from both companies into a battle royale in which only one reality was said to survive with the other ceasing to exist. This crossover event from 1996 was not only distinct in that it was a “canon” multi-company crossover but the reader decided the outcome of several of the fights by way of a public vote. Read about this unique crossover here 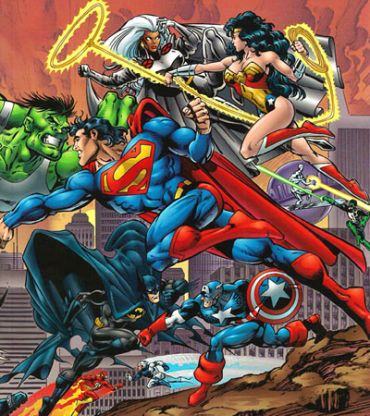